Email newsletters for bands at ReverbNation.com

The Race of Men ©2012 Robert Dodson All Rights Reserved

The Race of Men
By Robert Dodson

The show’s got a plot
Goes something like this
The storyline tastes so good
Thinking it feels like a brain kiss.

The characters are contestants on a game show
Of literally galactic proportions
In the show these individuals
Meet in competition
To demonstrate their capabilities
In skillful manipulation
Of a set of remote virtual reality robotic space suits,
The contestants would engage and live through them virtual reality style, actually “possessing” them in a way from the perspective of the planets other inhabitants
In reality these were remote bodies they could direct on a distant planet they had cultivated for the purpose of engaging in this particular pastime.
They called this planet “Earth”. 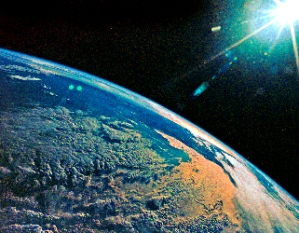 Posted by Unknown at 1:29 PM No comments: Links to this post